If you've been banned from a server then you will need to appeal the ban with the owners/community of that server. We do not control any bans done on servers that utilize AdKats as all bans are local to that server.

Top Posters In This Topic

I did a increase on the limit and pushed it up. You can get the updated minor version here..

LOL. just lol. this has nothing to do with your procon version. The connection from your server to github fails. This is neither related to the plugin nor to procon. 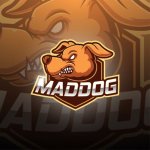 Thanks for all your help on this, with the def being correct, then the live HSK should not have triggered a sniper rifle? Could be anything to do with my post below and github? I have seen someone els